IIn 2014, the ensemble For Free Hands performed at the Jazz au Chellah festival in Rabat, Morocco and we had a wonderful musical encounter between Alaa Zouiten andAndreas Brunn. We decided to create a joinable ensemble, creating the Talking Stringswith the involvement of the Egyptian drummer Muhammad Ra’fat.

ALAA ZOUITEN – In 2015, Alaa wins a grant from the Arab Fund for Arts and Culture and works on his second album “Talking Oud”. In this album he experiments with the stylistic, technical and aesthetic possibilities of the oud. The result is a fascinating mix of Arabic, Andalusian jazz and rock. In his compositions and arrangements, Alaa Zouiten uses the infinite diversity in time and space. A creative process that constantly seeks new musical perspectives and celebrates the beauty of music.

MUHAMMAD RA’FAT is known as a classically trained percussionist and darabouka player and has taken workshops with Grammy award-winning artist Fathy Salama, among others. More recently he has toured Egypt, the Middle East, North America and Europe with various artists and projects including Fathy Salama, Dina El Wedidi, Youssra El Hawary, Ramy Essam and the Rami Attallah Group.

ANDREAS BRUNN – born in 1964 in Weimar, has been playing the clarinet since he was six, began to learn the guitar at the age of fourteen and has been a musician in bands of various styles ever since. He studied guitar and music theory at the “Franz Liszt” University of Music in Weimar.

“Andreas Brunn is a committed guitarist and composer, an active bridge builder … take “East Side Gallery Story” as the story of a musician who could find his way in the world just fine, but instead uncomplainingly turns the burdens of (time) historical reappraisal and responsibility into music that has to be uncomfortable.”

Kieler Nachrichten
“Andreas Brunn always evokes memories of John McLaughlin. His playing and compositional talent are enigmatic and of intelligent wit; after all, a jazz fugue like “Wizards’ Cube” does not write itself”. 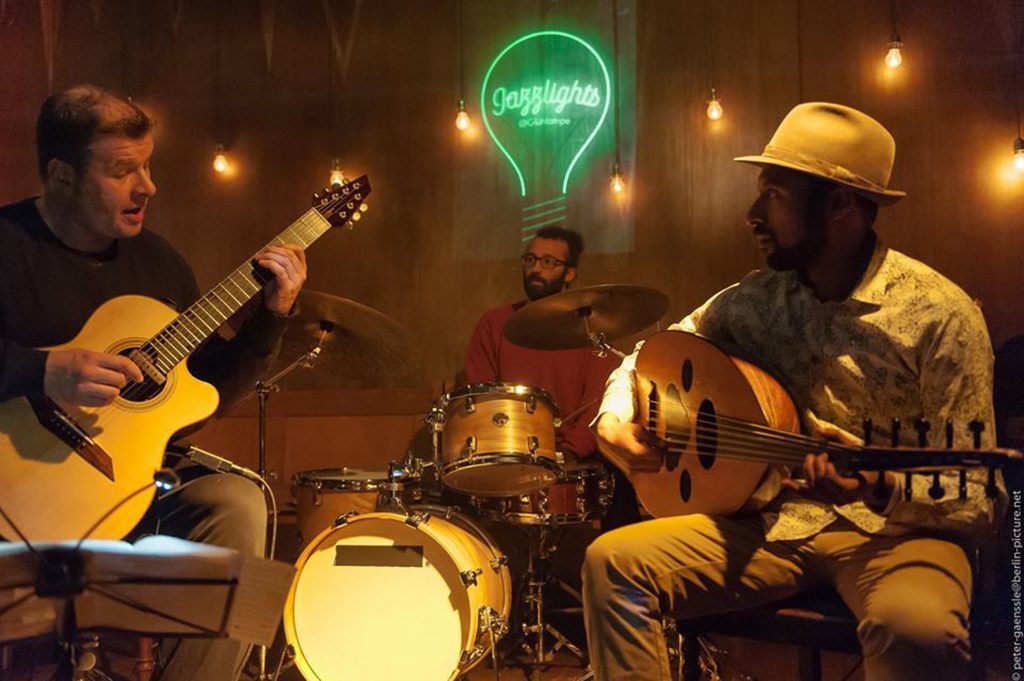 New concert dates will be published in due course.
All concerts